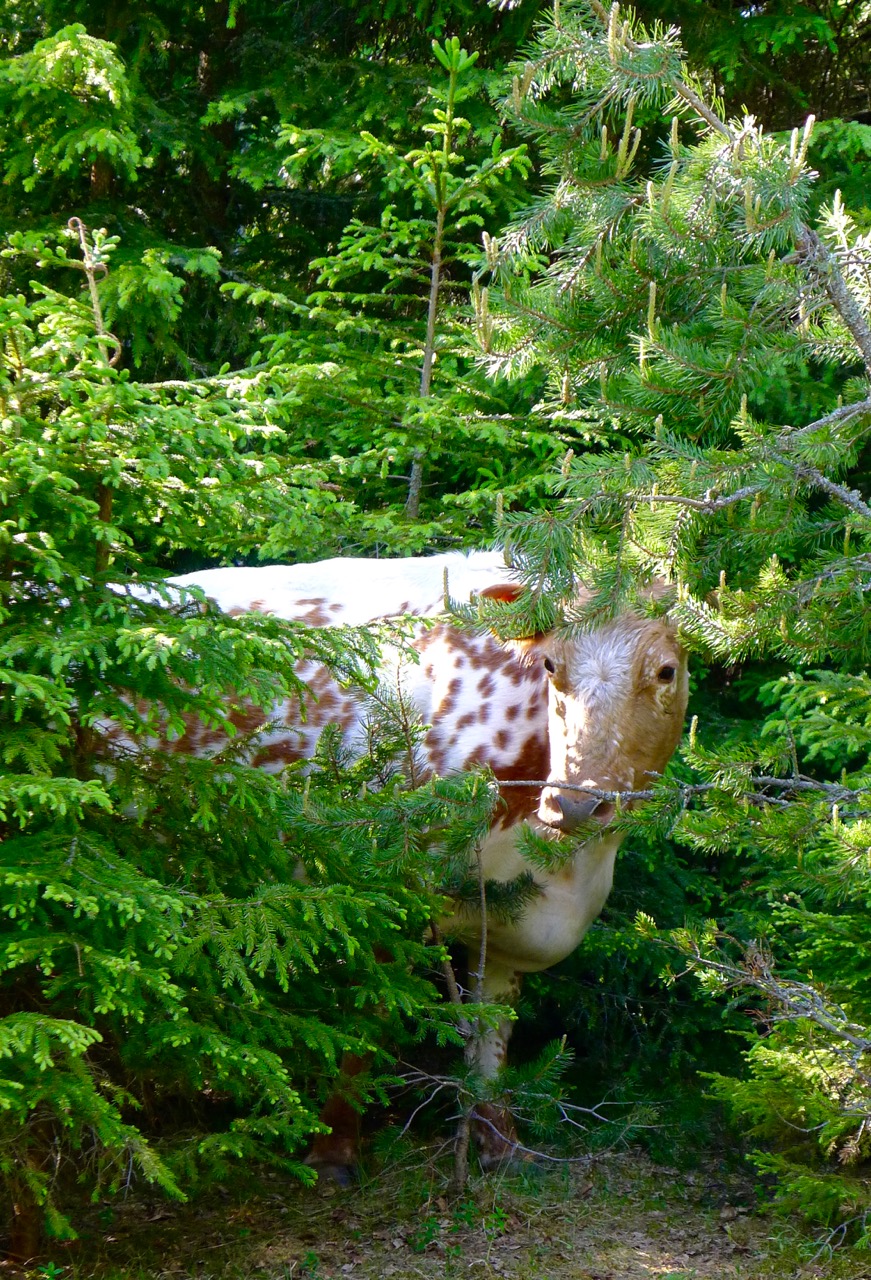 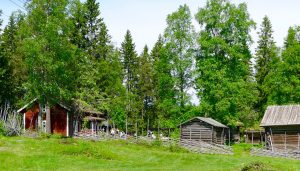 It is a sweltering day in May. Three weeks ago there was snow in Dalarna and now it is 25 degrees. Spring passed in a wink and blossoms are already in full bloom. We are here for the AGM’s of the Fjällnära cows http://boskap.nu of which Bosse is Vice Chair, and the old landrace goats. On our eight hour journey north to the northern region of southern Sweden (work that one out!) we paused at an excellent café we recalled from our last trip, Restaurang Brandasen 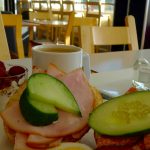 at Hallsberg. As good as before, they offer granolas and fools, smoothies and fruit; hams, cheeses and herring; eggs, bacon and meatballs, all beautifully presented with multiple coffees for 100SK. Pretty impressive for 7am!

Onwards through stunning landscape – cranes courting and sheep grazing with their lambs until we arrive at Skattlösaberg, ‘no tax mountain’ so called as it was tax free 400 years ago to encourage Finns to come as settlers in Sweden to populate lands that were under threat of a takeover bid from Danes! 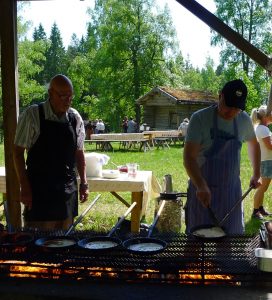 Skattlösaberg is now an open air museum in nature, scattered with fäbods and stugor and birthplace of Dan Andersson, the famous poet. The Fjällnära meetings are always in wonderful places and today is no exception! The fires are blazing and long-handled pans sizzled with Kol Bullar, an old bread recipe using rye or six row barley with fat pork in the mix. It would have been the staple food of the charcoal makers who worked here up until WW2. Washed down with lashings of lingon saft it was a traditional and tasty start to our meetings.

As many of the genebank Fjällnära are reared by enthusiasts who have other rare breeds, meetings are 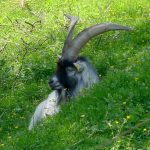 often grouped and today was the AGM for goats too: Jamtget, Göingeget and Lappget. When business was done and dusted we were all invited to the village of Hoberg 9km up a single track road into the forest. What a beautiful tranquil spot. What they call in Sweden a ‘smultron ställe,’ strawberry patch, a very special place. 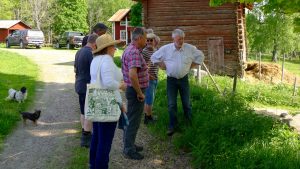 The farm dates from the 1850’s and is in the process of being lovingly restored with many original features, colours and furnishings. The kitchen, whilst hygge, has racks for milk pails and mixers, cream separator and all the equipment for passionate cooks! We dined on ‘Kalvdans’ that is first milk, colostrum, filled in a shallow form and slowly baked in a warm oven. (Please note this is what is surplus to the calf’s 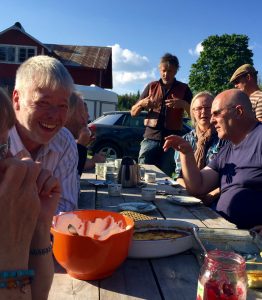 requirements so no-one is denied!). It was the first time I had tried it – you won’t see it on restaurant menus – and it was like crème caramel although even better! The BBQ was fired up and we enjoyed marinaded pork from a neighbour’s farm with herbed potatoes and salad – truly a meal fit for kings.  They very kindly put us up in the old village schoolhouse, not in use since 1936, and as swallows circled and hens roosted we slept like a couple of logs!

We had the opportunity to watch their Fjällnära forest grazing in small family groups, and the Jamtget and Hedemora hens happy in their natural habitats – no intensive farming here!! If more folk experienced animals being ethically reared in harmony with nature they would understand the vast 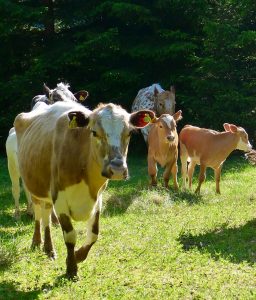 differences there are in food production. Governments and health police must cease categorizing all meat as the same – pasture grazed Fjällnära, and other such grass fed heritage landrace ruminants, are as far removed from feedlot cattle and industrialized agriculture as life on Mars!! 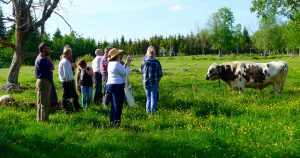 The flavours of Fjällnära are very popular with top chefs in Sweden. The fat acid in the meat is the same quality as in wild oily fish; their butter has CLA (that an ongoing French investigation, since 1977, is finding evidence it fights cancer) and the fat in the milk has the long chain carbon atoms children need to develop the brain – we are talking non-homogenized whole milk here!! 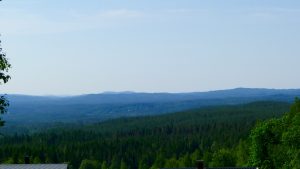 The following day, after a delicious al fresco breakfast including home made nettle & rye bread, we walked to the highest point on the farm to see stunning views all the way to Örebro, 100km away, and explored the old watermills that were used to mill black oat, six row barley and Svedjeråg.

Our sincere thanks for a wonderful time with lots of good memories and a promise to return. 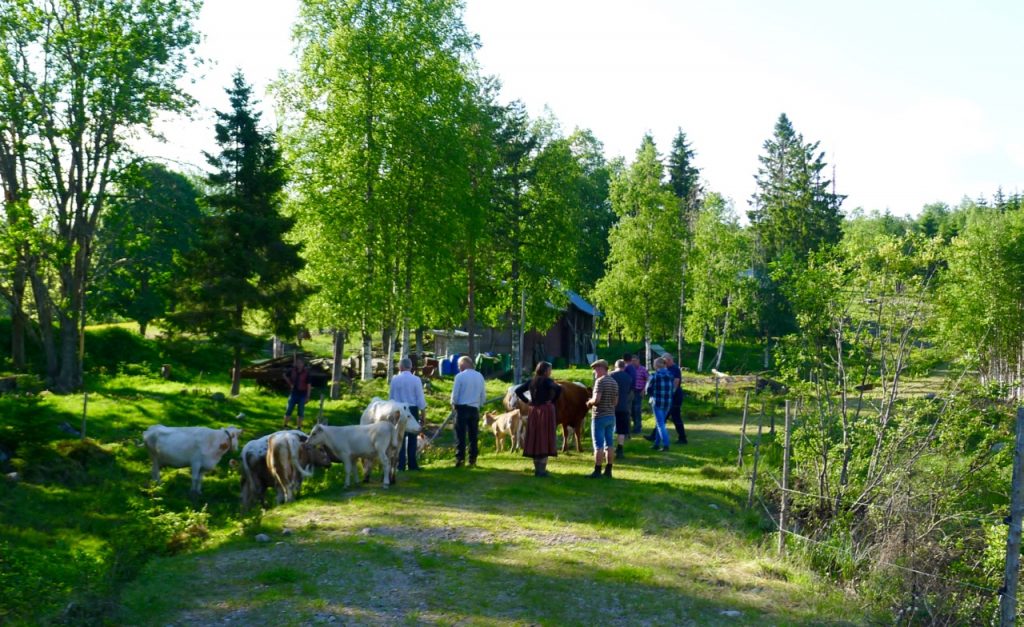 photo of cows returning home for the night, safe and snug away from wolves!