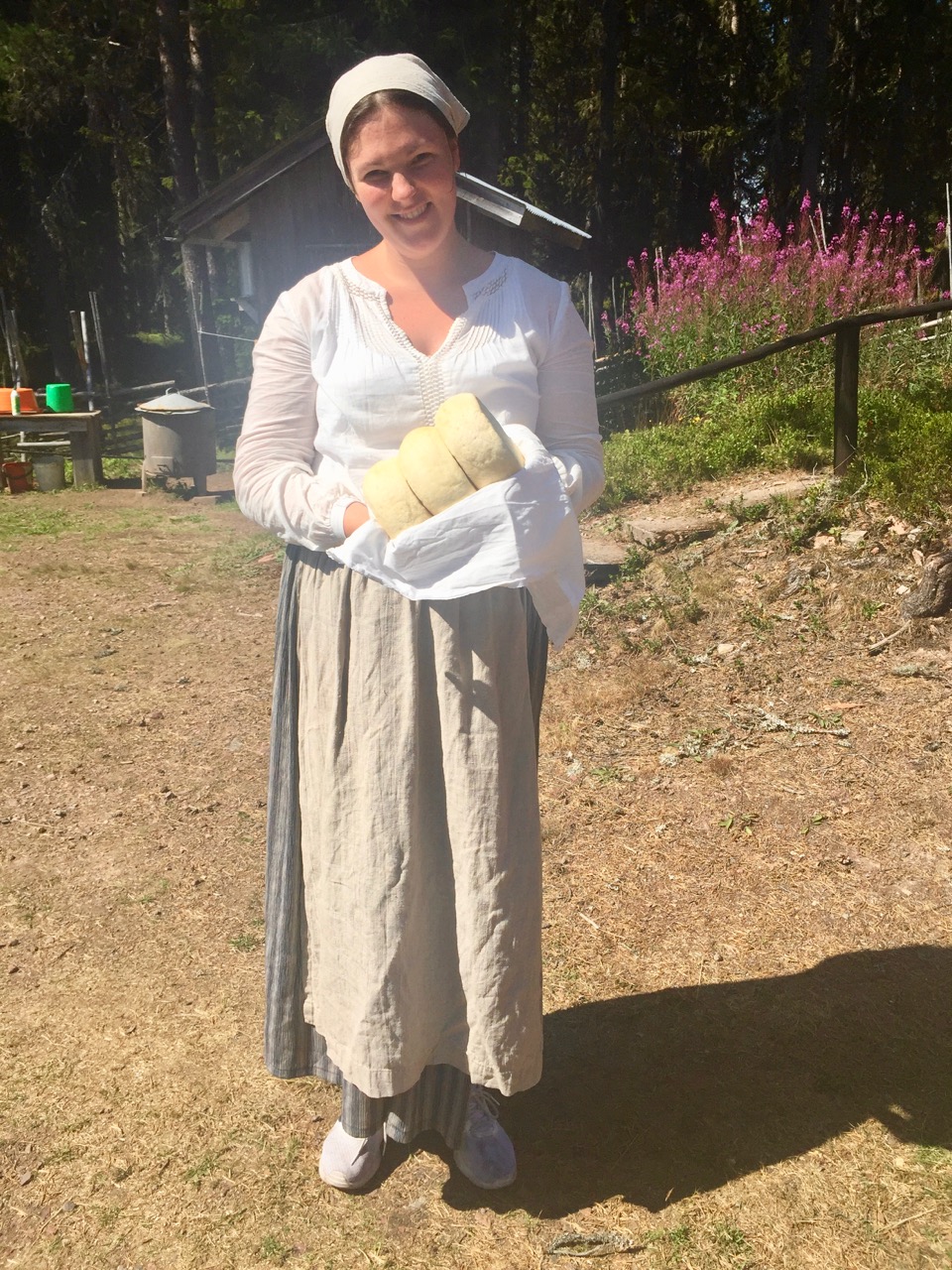 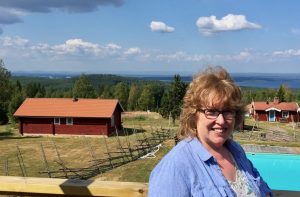 A road trip to stock up on fäbod cheeses is always an opportunity to explore and this time was no exception. On our way north we stayed at Åsengården with panoramic views over Lake Siljan and had a wonderful al fresco picnic with family we arranged to meet whilst there. Åsengården was an interesting choice as we had come upon it a couple of years ago when all locked up and on the market. It is adjacent to a well-preserved hamlet of fäbod buildings so popular with walkers. Now under new ownership we thought it would be fun to stay, and it was, although with a couple of reservations. In order to have an en suite one needed to book a cottage stuga for a night. That is fine however unless you know the procedure a Scot could become seriously unstuck as bedding, towels, housekeeping, tea, coffee…absolutely everything …is your responsibility, so if you are touring the likelihood is you arrive totally unprepared! Secondly the dinner and breakfast menus leave a lot to be desired, lacking in flavour and provenance. Such a pity. Having said that the location is stupendous so we may well return…but bring our own breakfast! http://asengarden.se 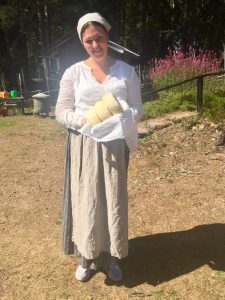 Onwards to Torrlid Fäbod, by Älvdalen in Dalarna, a very special place. One of the few working fäbods (sheilings, sëter, summer farms) left in Sweden where the Halvardsson family take their Fjälko (Swedish rare breed mountain cows) for summer flavours and forest grazing. Their cheese is quite unique: creamy white roundels of firm cheese with a fresh tang of herbage and their own starter culture – a rare find these days. It was 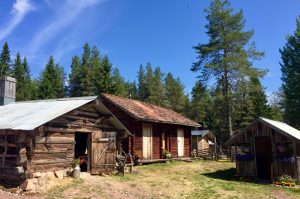 wonderful to meet them again and catch up on chat whilst having tunnbröd, thin bread made with cooked potato, barley and wheat flour,  rolled up with their butter and cheese or sweet whey butter called messmör within, along with good coffee with their creamy milk – magic! Reluctantly we bade our farewells and headed south laden with cheese to keep us going until next time! http://www.torrlid.se

Dalarna is famous for its beautiful handicrafts, in particular Kurbits folk art, so for shoppers I recommend Dala Floda, Rättvik and Mora. Another specialty of Sweden is Loppis, flea markets, so keep an eye out as signs pop up everywhere and range from tat to Aladdin’s caves!! 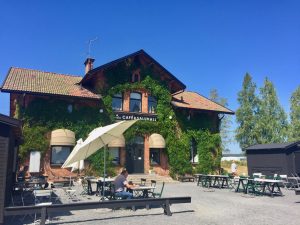 upon a fabulous bistro and deli, near Säffle in Värmland, GrönKo Café & Saluhall (Green Cow) with organic produce and a dagens lunch offer of Falukorv, Falun Sausage, served with mustard and pasta in a creamy sauce. There were also well built wooden stalls for farmers’ markets and festivals. Inside they had an entire blackboard of local cheeses and the organic beef was labelled with the breed, age and hanging time of each animal. Impressive. Värmland has one of the highest population of wolves in Sweden – although rarely seen – and a real problem for farmers. Ask anyone in Värmland about re-wilding and they will say absolut inte!!

The Falukorv is an interesting story in itself. Also in Dalarna, the Falun Mine extracted copper from 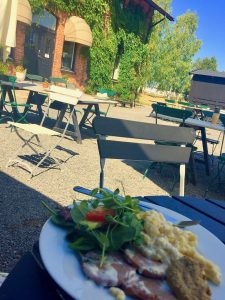 10thcentury up until 1992. At its peak in the 17thcentury, Sweden had virtually the world monopoly on copper. This spectacular mine is now a museum and UNESCO world heritage site well worth a visit. http://www.falugruva.se/en/

A mine of this magnitude needed a multitude of ropes for essential equipment and these were made from the hides of oxen. Cattle was brought from Småland by drovers – with no railways or chilled transport everything arrived ‘on the hoof.’ During the process of rope production there was a considerable tonnage of high quality meat as a by product and with so many miners to feed, the result was Falukorv, still made to this day and now an EU Protected Food, very popular and delicious. 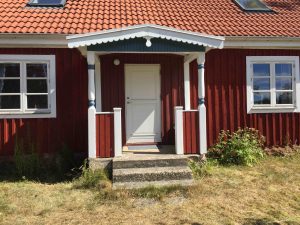 The traditional painted houses of Sweden are painted Falun Röd (Falun Red), a preservative wood treatment originally made from copper from the same mine and used to this day!